Add colour to your days...choose a colour from the Manchester Colour Wheel to represent your mood each day, as part of your Soul Nutrition Happiness Calendar

About the Manchester Colour Wheel 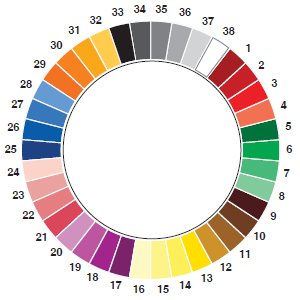 The Manchester Colour Wheel was developed by a research group based at the University of Manchester, UK, led by Professor Peter Whorwell and Doctor Helen Carruthers. To work out how our moods colour our thoughts, the researchers created a 'colour wheel', rather similar to the charts used when choosing shades of paint, consisting of positive, neutral and negative colours. They then asked hundreds of men and women, some of whom were depressed, which of the colours they were most drawn to, which was their favourite, and which best represented their mood. The chart included black and white plus various shades of red, orange, yellow, green, blue, purple, brown and pink. Healthy volunteers in a 'normal' mood usually chose positive colours whereas people classed as anxious or depressed were drawn to more negative shades, according to the study, published in the journal BMC Medical Research Methodology1.

The Manchester Colour Wheel has also been used to identify which patients are most likely to respond positively to the use of hypnotherapy as a treatment for Irritable Bowel Syndrome.  The use of imagery and colour form an integral part of the hypnotherapeutic process, and those patients who chose a positive mood colour were found to be nine times more likely to enjoy symptom relief from a course of hypnotherapy compared to those choosing a neutral or negative colour, or no colour at all.2

For this particular study in partnership with Soul Nutrition, the Manchester Colour Wheel is going to be used to evaluate all mood states amongst a wide cross-section of our global community. The researchers are particularly interested to see if people from different countries and cultures choose different colours to reflect those moods. Therefore, please just use your intuition to choose whichever colour you feel best suits your mood each day, as we don't yet know exactly what they signify so there are no right or wrong answers - interpreting those colour choices will form part of the research. We will let you know via the Soul Nutrition blog as results become available.

In September 2011 twenty thousand people in Manchester were encouraged to take part in an exciting experiment to test, and perhaps influence, the mood of the city. The Great Manchester Health Experiment used the Manchester Colour Wheel to measure the happiness and well-being of the city's population. Professor Ian Jacobs, Director of MAHSC (a partnership between the NHS and the University of Manchester) and Dean of the University's Faculty of Medical and Human Sciences, explained: “The first ever Great Manchester Health Experiment aimed to encourage public participation in health and well-being activities, promote understanding of the importance of health research, and encourage support for population-based clinical trials.”

Researcher Peter Whorwell, Professor of Medicine and Gastroenterology at University Hospital South Manchester, said colours were “frequently used to describe emotions, such as being 'green with envy' or 'having the blues'. However, in our research we did not necessarily find an explanation for the origin of these sayings as blue did not seem to reflect a bad mood.”

Peter continues: “The Colour Wheel approach could be used in children, as communication using colour might be easier for them to understand than lengthy questionnaires that contain certain words they may not readily comprehend. It could also be used to help people with communication problems or those for whom English is not their first language. Lastly, it has to be borne in mind that many psychologically-orientated questionnaires are designed to detect either a normal or negative situations. In contrast, the Colour Wheel can not only do that but also has the ability to identify a positive state of affairs.”

Return to the About Page 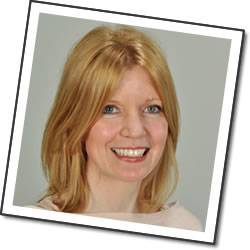 After gaining her qualifications in Technical and Scientific Illustration, Helen Carruthers began working at the University Hospital of South Manchester (UHSM) in 1989 as a medical artist where she remains to date. Whilst in post Helen successfully completed the Post-graduate Diploma in Medical Art from the Medical Artists’ Association of Great Britain, and in 2004 was given the opportunity to fulfil her ambition to undertake her own research into the application of art in clinical medicine. This took the form of a PhD in Medical Art at the University of Manchester working in collaboration with Professor Peter Whorwell, Consultant Gastroenterologist, investigating the role of colour and imagery in the field of gastroenterology. She successfully completed this degree in 2008 and subsequently her results have been published in a series of papers in high quality medical journals.

Helen continues to undertake further research at the UHSM expanding on her previous work, and is currently collaborating with other institutions who are using her images to better understand digestive disorders. These achievements were recently acknowledged by the UHSM when she was awarded ‘Researcher of the Year 2011’. 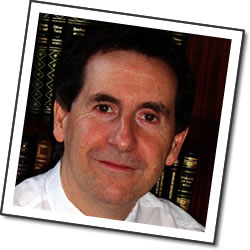 Professor Whorwell graduated in biochemistry from the University of London and in medicine from Guy’s Hospital, London. After a series of residencies and fellowships, one of which was in the USA, he was appointed as Consultant Physician and Gastroenterologist at the University Hospital of South Manchester in 1981 and was subsequently promoted to Professor of Medicine and Gastroenterology.

Over the years he has had a particular interest in functional gastrointestinal disorders and now directs the South Manchester Functional Bowel Service. This unit undertakes research into the clinical, epidemiological and pathophysiological aspects of gastrointestinal disorders as well as caring for large numbers of these patients from all over the UK. It also undertakes a wide-ranging programme of research into new treatment options for these conditions including pharmacological, dietary and behavioural approaches.

Professor Whorwell has published over 300 papers and chapters in his fields of interest and serves on a number of international advisory panels and working parties.

Return to the About Page

Soul Nutrition donates 50% net profits to brain cancer research projects, as brain tumour patients & carers have provided so much inspiration for this site. Please join us in supporting this vital research by donating to our partner charity, Astro Brain Tumour Fund. Thank you.